Home » Investing » The sky is falling! Should you buy gold and silver?

Fear is stalking the global stock markets. Stock indices have been falling back sharply seeing a move to what might be seemed safer assets like bonds and gold. The falls have been precipitated by some poor economic data suggesting that most major economies are not out of the recessionary mire yet and, in the U.S. in particular, the realisation that the Fed is getting down to near eliminating its latest Quantitative Easing programme in total, although there may be some succour in that it tends to be putting back the day that it may allow interest rates to rise. And what happens in the U.S. markets tends to have a strong follow-through impact on markets in other parts of the world.

A number of pundits have been predicting a stock market crash for some time now. The investing public though, just as it has in the past ahead of previous stock price crashes, has ignored this, seeing the market as an ever-increasing money-making mechanism. Thus the world’s major stock indices have been on a tear moving higher and higher without there being anything serious in the way of increasing corporate profits to support this. Suddenly it could all come crashing down – that’s what has happened in the past. While the Dow, S&P, TSX, FTSE, DAX etc. are not yet in freefall they are beginning to look like they could be heading that way.

So, should one buy gold as the safe haven it has proven to be in the past. Inflation – which is generally assumed to be gold-positive – just has not happened despite the vast amounts of liquidity the U.S. Fed and other central banks have pumped into the markets. Indeed much of the talk now is about the increasing possibility of deflation. What most don’t realise is that gold performs just as well, if not better, in a deflationary environment vis-a-vis the stock markets than it does in an inflationary scenario. 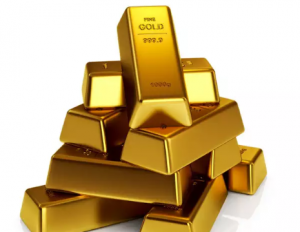 But even if stock prices are about to dive there may well be a strong argument for not buying gold as a protector against market freefall – at least not yet. Go back six years to the last market crash, which as market crashes seem to do really came to a head in the month of October, in 2008. Not only did stocks and shares dive virtually across the board, but so did the gold price and that of metal and mineral commodities. Maybe that’s why there is currently so much nervousness in the silver market; in the 2008/9 market crash the silver price more than halved from over $20 an ounce to a little over $9 an ounce – but then made a spectacular recovery over the next two years to hit close to $50 an ounce – heady days for the silver investor. 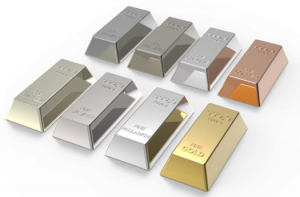 The reason for gold falling back alongside the stock markets was probably a matter of funds and institutions having to sell strong assets alongside weaker ones to stay liquid – and if we are indeed due for another crash of similar proportions (many are predicting an even deeper one) then gold is likely to react in much the same way. It will fall along with virtually all the markets – maybe not as steeply, nor for as long, but fall nonetheless. Jeffrey Currie of Goldman Sachs with his $1,050 gold at year end could thus be right – but for all the wrong reasons! – should there be a market collapse.

What this article might be taken as suggesting is that cash may be the best protector in the short term should markets go into freefall. Gold and silver would not be immune and will fall back too. But in the aftermath they will likely recover far faster and rise at a far quicker rate than most other investment options. Thus when to actually buy gold or silver is all a question of timing. As we have pointed out here before, in the long term precious metals should perform extremely well, but in the short term things are much more uncertain.

Previous: Ukraine – The Tradition of Painting Easter Eggs
Next: Sometimes You Gotta Just Say It